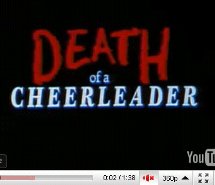 The Angela Delvecchio character played by Kellie Martin is actually the opposite of Bernadette Protti – who was older, taller and blonde – while Kirsten Costas, played by Tori Spelling – was only 15, shorter and dark-haired.