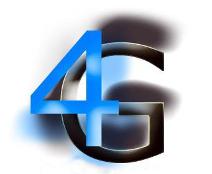 Verizon CTO Dick Lynch sat down with Security Industries News for an interview recently and discussed everything from new, upcoming phones to the possibility of 4G wireless internet speed coming to New York City and northern New Jersey as early as the end of this year (2010).

Although Mr. Lynch didn’t specifically mention the word “4G”, what he did say is “much faster wireless capabilities.”

If you are going to get “much faster wireless capabilities”, then how else do you achieve that without upgrading to 4G speed?

Currently being developed by Verizon in its New England labs, 4G wireless promises to be a five-fold increase in speed compared to current 3G mobile data networks, though Lynch claims that Verizon will plans to consistently deliver speeds of “five to 12 million bits a second with bursts up to 70 million.”

Verizon has been testing 4G in trials since last August.

With the possibilities of an upcoming 4G network in place in New York by the end of this year, this would open the door for an iPhone 4G to come to Verizon.

I wrote about how I believed that Verizon and the iPhone 4G are a perfect match for each other.

Verizon has a reputation for strong, stable service, and the iPhone – well… it’s an iPhone.