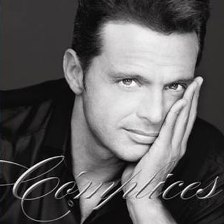 Yesterday I wrote about the rumors spreading around that Luis Miguel was dead. However, from the information that was available yesterday, Luis Miguel’s death was not true and that he was only hospitalized at Cedars-Sinai Hospital in Los Angeles and has been in treatment there for several days.

Here’s what the commenter added just a few minutes ago:

This is not a hoax (referring to the Luis Miguel death rumors)…. I have an “inside” source who confirmed his death, the media hasn’t been told yet, but I have it under the “best” source that this is DEFINITELY NOT a HOAX. He did die, and unlike the stupid made up media, it had nothing to do with “coke rehab”, it was due to the liposuction he got. Poor guy, I feel bad, he had two little boys.

Is this a legitimate source?

So now the only question that remains is this a legitimate source telling us that Luis Miguel is dead, and that he died from liposuction complications?

Reading the information on the web, it’s hard to get a sense of what’s true and what’s not.

Luis Miguel led a very “closed off from the media” kind of life. He was always trying to avoid the paparazzi and a lot of times would create decoys so that no one really knew where he was.

Unfortunately, because Luis Miguel led such a secretive life, it is hard for anyone at this point to know whether or not Luis Miguel did in fact die.

Do you have any insights or thoughts into the Luis Miguel story?

Well why would he want his fans to think he is dead? If he is not, then why not just come out and say, i don't know maybe something like "hey guys I'm not dead" maybe that would help.

Hes not dead I saw him yesterday by my house, walking his dog. lol
chivasusa123@yahoo.com

that's no way that Luis Miguel is dead, Univison haven't confirn anything about hi's dead and belive they will now if is true or not

why univision.,.why not another tv station.,. really univision no good.,'

Univision is THE tv station. They have rights to most stuff that Televisa owns. They'd be the first ones to confirm it in the US. Telemundo is a joke.

Luis Miguel is not dead. I have the news through a reliable source named Sofia Vergara at the GLAAD awards. She said he was just sick. Why can't a person get sick?, she said. So he is alive and well. Look on the website for Access Hollywood and you will see what she said.

The dead of Luis miguel is a hoax, the media is just making things up like always, if univision haven't said anything is not true, They'd be the first ones to confirm it in the US and all over. I e-mail el Gordo y la Flaca over the weekend and they said that Luis miguel is NOt Dead

Now it must be a slow week and today us his 40th b-day. But it is NOT true go the attached website…. over 100 news venues have confirmed..,

How can you say these things!!! do you not realise how much Luis Miguel is truly loved and adored by his Fans all over the World,when you print these flippant remarks ,do you not understand how hurt and upset all his Fans feel?Luis Miguel is a fabulous ,wonderful Man who gives happiness to millions,can you possbly imagine how we are feeling and how worried we all are .I f you cannot have respect for Luis MI and print the truth I suggest that you seek another profession.

He’s not dead, he went to get some beer, we’re gonna watch the Mexico game later against Senegal.

Lol…I agree he needs this kind of attention!…he really needs to be dead fr playing with all these women!…I don't like him and all his music suck! Its for people that has a stick up their ass!

One day the tables will turn n you’ll be the one with a stick up your lose a*s wait your not worth my time. ………..

Lol…I agree he needs this kind of attention!…he really needs to be dead fr playing with all these women!…I don't like him and all his music suck! Its for people that has a stick up their ass!

Well this guy is such a player and so are all the guys that are in the band. I have just found news about Victor Loyo the drummer for the past 18 years with Luis Miguel, he was just been ordered in a California court to pay up on $85,000.00 of back child support that he has not paid since 2006 (what a looser) or go to jail and loose his passport (oh darn no drummer for Luis miguel if he does not pay up). There was also some mudslinging going on in the court and it came out that Victor and some of his brothers that are also in the band have a s*xually transmitted disease (Warts on their privates), so for those poor ladies that have slept with these dirt bags you now know where those warts came from and for those of you that have just wanted to be part of the used women by the band members you may want to re-consider.