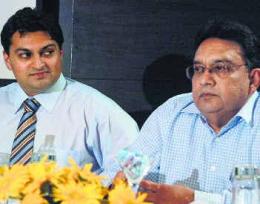 Lalit Modi, the Indian Premier League’s former commissioner, was suspended as the IPL’s commissioner under accusations of financial irregularities, match fixing, money laundering, and as many as twenty two other charges have been leveraged.

The suspension of Lalit Modi was followed by an urgent meeting in Mumbai, where all the other thirteen members of the Governing Council were present, and the decision of appointing Chirayu Amin as the new interim chairman of the league was unanimously voted.