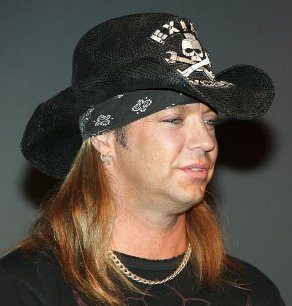 A press conference was scheduled today at noon – I’m assuming that is noon PST or 3pm EST – for Bret Michaels where his doctor will be speaking about Bret Michael’s current condition and also taking questions from the press corp.

Bret Michaels’ doctor, Dr. Joseph Zabramski was supposedly making statements about the Michael’s current condition and said that Bret is expected to make a full, 100% recovery from his brain hemorrhage.

According to Dr. Zabramski, Bret Michaels can be considered one of the “lucky people” who can suffer brain hemorrhage and recover in full.

Dr. Zabramski states that Michaels is continuing to improve overall and he can now speak very well and walk, but not walking very well.

Dr. Zabramski added that first day Bret Michaels had slurry speech and wasn’t aware of what happened, the day after he recovered and was more alert.

Bret Michaels has been discharged but Dr. Joseph can’t say when it happened or where he (Michaels) is right now, but he assured he continues receiving physical therapy.

Zabramski said that Bret Michaels condition is not critical, he is stable and still very sick

Bret Michaels will be recovering for 4-6 weeks before any major improvements will be seen and before Michaels returns to normal activity.

He will undergo assessment every two weeks to see how is he improving. For now he needs additional rest.