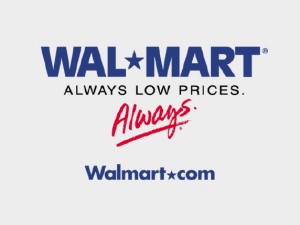 Court does a “Roll Back” of Wal-Mart’s profits.
Here’s a sure-fired way of covering your state’s budget deficits at the same time causing costs to rise for the average customer.
Just watch, other states suffering financial stress, will be combing every square foot of the Wal-Marts (and other big retail establishments) trying to turn over every possible “violation”… looking to “Roll Back” their deficits through the retailer’s successes.
The world’s largest retailer will have to pay nearly 28 million to settle a lawsuit that alleges Wal-Mart stored, handled, and “dumped” hazardous waste improperly. California investigators said they found violations at 236 Wal-Mart and Sam’s Club stores, distribution centers and storage facilities in the state.  Wal-Mart is to pay a $20 million fine, $3 million to improve store maintenance, $3 million for other environmental projects, and $1.6 million for legal costs.
The retailer was charged with dumping acids, chemicals, motor oil, fertilizers, pesticides, and paints. Investigators in April 2002 observed “piles of multicolored unknown fertilizer type substances and torn sacks of ammonium sulfate” near the store’s garden department at a Wal-Mart store in Vacaville, California.  The charge does not state that the retailer was “dumping” these materials off their property.
Twenty prosecutors, including California State Attorney General Jerry Brown, and 32 environmental agencies joined the suit.  It is estimated that the $27.6 million represents about two-tenths of one percent of the Bentonville, Arkansas-based retailer’s $14.41 billion of profit.