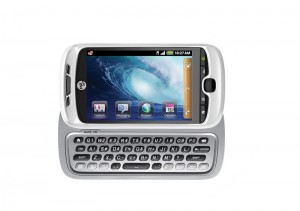 Hands on video of the T-Mobile MyTouch 3G Slide.