New York is caught up in car bomb fever. The Robert F. Kennedy Bridge was shut down last night after a truck was left in the middle of it. 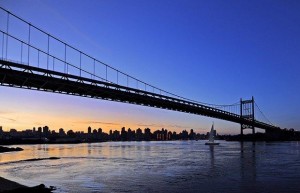 After the amateur bomb ticking away in Time Square who can blame the citizens of the Big Apple for being a little on edge? I certainly cannot. There were reports of a gasoline smell after witnesses saw the driver bolting from the vehicle. Will there be more anarchist attempts at shutting down New York? Is car bombing going to become a staple in the American way of life. Car bombs having been going off in Israel, Africa, and other parts of the middle east for almost forty years. Is the decade of ten America’s time?

I hope if car bombs become a staple in the states, they are primarily set off in McDonalds parking lots. We could use less fat people and small children in this country.

youre a dumb asshole