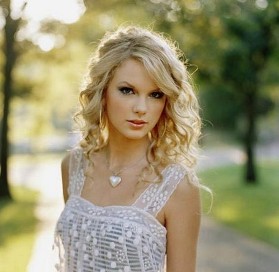 From Katu.com:  Taylor Swift is donating $500,000 to flood relief in Nashville.

The announcement was made on Thursday night’s “Flood Relief with Vince Gill and Friends,” a telethon held on local station WSMV.

The money will go directly to various flood relief organizations in the city rocked by deadly storms and flooding that killed 30 in three states, including 20 in Tennessee. The gift was announced by the show’s host after Swift finished an interview from her tour stop in Des Moines, Iowa. Swift moved to Nashville when she was 14.

“Being at home during the storm, I honestly could not believe what was happening to the city and the people I love so dearly,” Swift told The Associated Press in an e-mail. “Nashville is my home, and the reason why I get to do what I love. I have always been proud to be a Nashvillian, but especially now, seeing the love that runs through this city when there are people in crisis.”

Cleanup and repair is expected to cost more than $1 billion. Thousands of homes were damaged, along with some of Music City’s most important landmarks. Pleas to donate to relief organizations started early, and Nashville’s musical talent — from local bands and clubs to the biggest stars — are giving their time and money to the effort.

Gill volunteered to host the WSMV telethon and interviewed and played with several of country music’s top stars. Keith Urban played the show with a borrowed guitar after his gear was destroyed by the flood.

Country music cable network GAC announced Thursday it will air a telethon on May 16 that will include Brad Paisley, Lady Antebellum, Dierks Bentley, Rodney Atkins and other stars live from the Ryman Auditorium.

My family and I send our prayers for all victims of the flood! We are in the house moving business and have dealt with major flooding before! There may be hope for keeping houses, barns, etc. by elevating them above the water or moving them! Please contact me if anyone may be interested! It can be done at a very affordable price! God Bless! My email contact is lynnmccrary08@aol.com