Google Nexus One – How Google Lost Their Way 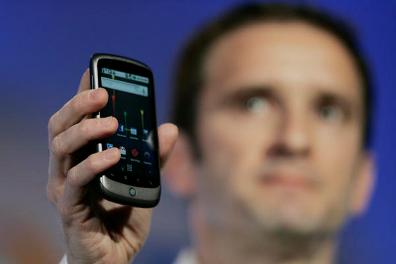 I’m sure you’ve heard by now about the customer service nightmare that unfolded within hours of Google launching their Nexus One mobile phone. The Nexus One was suppose to be the iPhone killer, coming onto the data device scene with a storm (no pun intended Blackberry), and becoming the overnight sensation and success that Google was looking for.

There were a lot of things that happened over night when Google’s Nexus One launched, but “sensationalism” and “success” were not one of them – unfortunately.

Google found itself in the middle of a customer service nightmare in fact. Forums started ripping Google on issues such as 3G not holding its connection and other hardware and software failures. And it was obvious that Google was not ready for this onslaught of customer service requests – in fact, it seemed as if Google wasn’t ready for anything actually. The only customer service line of communication that customers had was to submit a ticket via email to Google and then within 48 hours, supposedly the customer would hear back from the customer support.

The only problem here is that the problems were mounting very fast, and Google did not have the support in place to handle all the tickets. In fact, Google tried to off load the customer service inquiries to other companies, who in turn tried to offload the customer service demands back to  Google. Needless to say, it was a gaggle in the largest magnitude of the word.

I see the Google Nexus One phone as an example of how Google lost their way. And what I mean by this is Google is, and always has been, a provider of platforms. Obvious examples of being a platform provider is Google. Google search creates massive search volume on the web, and then Google has a platform (Google Adwords) upon which businesses can get exposure to all of those keyword searches. Another example of a platform that Google has built and thrives upon is Google Android. The Android OS has been designed, initially for mobile phones, but is quickly expanding into other devices such as TV’s and even cars.

You see, the point here is the Google is best at building, providing, and facilitating a platform upon which other companies build products and innovation. With Google Nexus One, Google truly lost their way and completely forgot who they were and what they were best at. Obviously Google has learned this lesson the hard way by launching a product and then dealing with the aftermath. I actually commend Google for trying, but when you look at who “Google” is, and what they are best at, then individual product launches is not their strong suit – platform provider and innovation is where Google excels.

12 replies on “Google Nexus One – How Google Lost Their Way”

This is old news!! Get with the program. The Nexus One is an incredible phone–oh, did you forget to even talk about the phone itself. Give me a break.

Problems with the Nexus One? Yes right, in de media there is. Ask anybody, anybody at all who actually HAS an N1 whether they have problems, and 99.9999% chance you will hear "none"

outdated story, however i would like to say something.. if hardware failure, HTC to be blamed since HTC is the manufacturer. software failure? yes there might be some bugs but u must understand android still in early stage but so far we didn't find a serious problem with android and 99% give positive feedback on android OS performance.

other than that, the customer service or after sales support. nothing to do with the android.

The only issue I see is that everyones riding the iPhone band wagon and because they are not owners of the nexus one they hater I for a. Fact had both and to be honest u could not pay me to go back to an Iphone.

@nexus one…I think there is lot more than <1% who have problems with 3g signal issues with N1. I personally have followed the N1 3G forum since January and have owned both Tmo and ATT versions. Both had 3G problems. I agree that there is probably a hardware problem, which can be blamed to HTC…however, Google is selling the phone. So, they should be responsible.

@nexus one…I think there is lot more than <1% who have problems with 3g signal issues with N1. I personally have followed the N1 3G forum since January and have owned both Tmo and ATT versions. Both had 3G problems. I agree that there is probably a hardware problem, which can be blamed to HTC…however, Google is selling the phone. So, they should be responsible.

Good reply @JC88 – People yapping about there not being any problems are just the ones that didn't have a problem. I have two N1's, first purchased for Tmobile that experienced the 3G problem, second for AT&T that did not. Google sold the phone direct to consumers, so they should be the first line of defense for consumer complaints, and they failed miserably. This is not a model that I will participate in again, as I would prefer to have someone that I can go back to with my complaints.

Whether it's a hardware problem or a software problem (which you cannot readily tell just because it's a "3G issue") the company that sold it to you should be responsible to field the complaints. If they find that it's a hardware issue they should work with their vendor to fix them, not leave the customers in the cold with unresolved (and more importantly, un-owned issues) and no one to talk to.

WIth that said, I love my AT&T N1, the phone is great, the OS is great, and it almost completely makes up for the headache's the first N1 gave me.