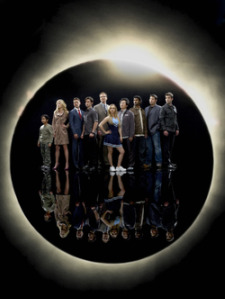 What is NBC doing? First they officially cancel Law & Order, now they’re canceling Heroes after four awesome seasons. Mercy and Trauma were axed as well. They say Heroes kept losing viewers from a high of 14.5 million when it first aired to a low of 4.4 million viewers earlier this season.

Heroes’ success as a science fiction series began when it premiered on NBC on September 25, 2006. Since then, the hit show had a large devoted fan club. Still, it suffered it its later years, so much so that NBC decided to axe Heroes without properly ending the show. According to Entertainment Weekly, “There has been talk that NBC may air a movie that allows the producers to wrap up the story, but nothing has been set in stone. NBC will announce its fall lineup to advertisers Monday in New York.”

why heroes, mercy and trauma . give these show a proper goodbye. nbc u guys wonder why no one tunes in to your channels to watch any new shows. Everytime we find something we like, u take it away because the ratings are not that high. this is why people are doing netflix and cable channels. why do u have to punish those who really like these show and why dont u put this shows for people to vote to keep and not to keep. dont we have a say? Why can't you just finish the shows properly. Give them a good send off. Don't leave us hanging!!

I totally agree with Edwin Flores! Heroes is an amazing show that has great potential if it were to continue. I don't watch the other two and therefore have no comments about those, but Heroes's complicated storyline and unexpected turns of events are amazing! To end the show so suddenly and without warning is outrageous and frankly a little insulting to the viewers. There is a lot of potential in this storyline and way too much to wrap up in a single movie as I've heard is an idea that is being thrown around. To try to wrap up so much in such a short time would be a flop (though I'd watch it anyway…).
And besides, what's so wrong with "only 4.4 million views?" If you ask me, I'd say that's a LOT of disappointed people.
But Mr. Flores is right, no one has asked…….

Unfortunately, Heroes peaked in its first season. It just got more and more unwatchable with each new character or subplot introduced and then abandoned. The first mistake on the road to cancellation was letting Sylar survive the season finale, and then letting him get Claire's power to boot, negating the whole point of "Save the Cheerleader, Save the World." The writers kept slapping us in the face for remembering things they wanted us to forget, and Tim Kring seemed to think it was the audience's fault that no one, except Bryan Fuller, could string together a coherent story after season one. By the end of the third season, I was praying NBC would give the show a merciful death.