“Facebook has gone rogue,” so says Ryan Singel of “Wired”.  “Drunk on founder Mark Zuckerberg’s dreams of world domination.”  Those remarks stem from a purported instant message conversation of the Facebook founder’s. 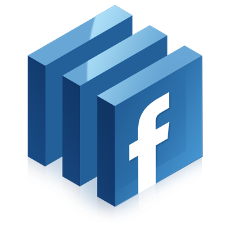 According to the IM, Zuckerberg boasted about his access to the personal data of Facebook users and called those users “dumb” for trusting him.  Although Facebook issued a report neither confirming or denying the story, it has fueled the fires of resentment (or maybe just privacy fears) within the Internet family.

This is not the first time Facebook has been accused of privacy perversion.  Problem is, it continues to snowball down the proverbial hill.  More and more calls are being made for the dismantling of Facebook, and its replacement with something more secure (at least something with more user control of private information).

According to the “UK Telegraph”… The EU’s Data Protection Working Party wrote, “a letter to Facebook, saying recent changes that made previously private information publicly viewable by default were ‘unacceptable'” “‘Data about the connections between users, should have a default setting in which this information was only shared with ‘self-selected’ contacts.'”

Nick Saint of The Business Insider says, “”Facebook has suffered backlashes over its privacy policies before, and they haven’t done anything to dent the social network’s staggering growth. As long as the outrage — no matter how fierce — is mostly confined to the technology media, very few of Facebook’s 400 million users ever hear, much less care, about it. So it’s very bad news for Facebook that an increasing number of media outlets outside the tech community are paying attention to the privacy backlash this time around. … Facebook has a few more news days like this, people outside the technology world will start to notice.”

Probably, if the users of Facebook were not so free with their private information, there would be no reason to worry about privacy matters.  It is suggested that, if you don’t want incriminating or possibly identity damaging information about yourself plastered all over the internet for everyone to see, DON’T post it.

I remember my days of the United States Air Force in which it was repeatedly drummed into our heads,  “When talking on the phone, don’t mention any thing that is pertinent to security.”    We were reminded that the enemy could take the slightest tidbit – piece it together with another slight tidbit, and come up with destructive information.  “You never know who’s listening!”

If you are going to post info about yourself, make sure that it is info that won’t come back to bite you.