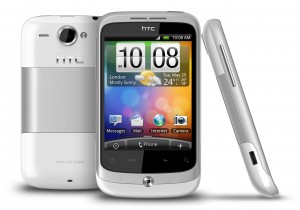 The HTC wildfire looks like a great phone but personally I don’t think it would be worth the trouble of being in a contract just for the phone. I would rather be on Net10 prepaid which has a good selection of phones that come with 300 minutes free as well as 2 months service. For thos of you like me who text a fair amount text only cost 5 cents each.