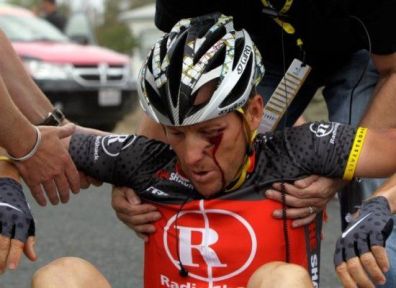 And once again, during a meeting with reporters, Lance Armstrong was having to defend his position that he’s always taken on the issue of using performance enhancing drugs – I’ve never used them – periord!

Then later in the day, while Lance Armstrong was among a pack of riders racing in the Tour of California, he had a terrible crash.

A spokesman told the AP that Armstrong received stitches near an elbow and an eye and was sent to the hospital for X-rays. The timing of his crash raises the question: was Armstrong karmically punished for (possibly) using performance-enhancing drugs? asked HuffingtonPost.com.

Here are Lance Armstrong crash photos and video from a fan’s view: 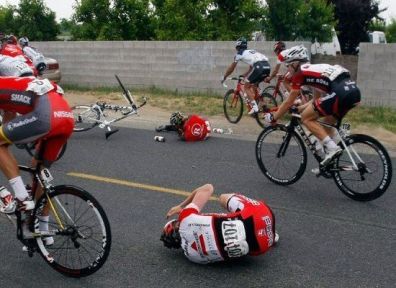 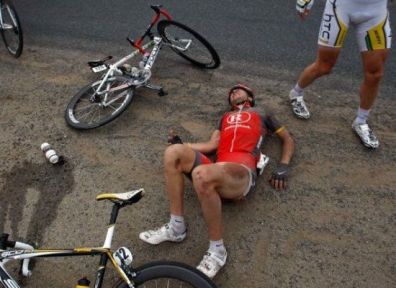 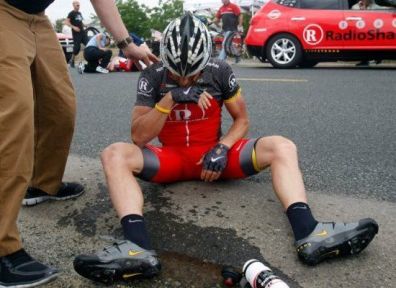 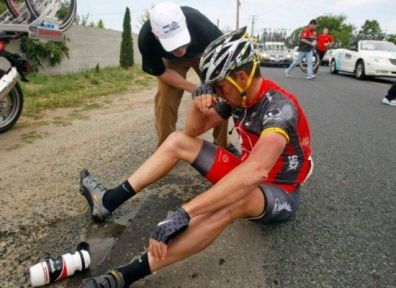 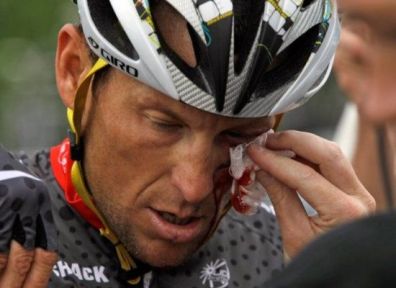