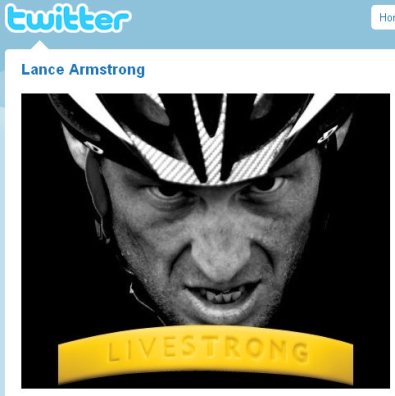 Follow Lance Armstrong’s Twitter profile (@lancearmstrong) to get real time responses from the seven-time Tour de France champion, and see if he comments about these latest accusations.

Lance Armstrong has faced doping accusations before, and from various adversaries. But one thing has always been consistent, Lance Armstrong emphatically denies ever using performance enhancing drugs.

One of the main accusations, and perhaps the strongest pieces of evidence ever presented in the case against Lance Armstrong is the wife of a prominent cyclist who said she heard Armstrong confess PED use in his hopsital room, in the ’90s.

Yet his former teammate, Floyd Landis is adamant about the fact that Lance Armstrong is lying about his drug use!

Lance Armstrong is a very active user on Twitter, and he has (as of this article) 2,495,777 followers on Twitter. Twitter has become an effective channel for communicating with his fans, commenting on all sorts of rumors and allegations, and providing the world with “Lance Armstrong news and information”. So it would surprise if we see a comment coming from Lance Armstrong addressing these accusations from Floyd Landis over performance enhancing drug use.

Do you believe these latest accusations from Floyd Landis that Lance Armstrong is lying about his use of performance enhancing drugs?

Or is Floyd Landis just grand-standing with efforts to get back into the media?

How can you say "Landis has been forthcoming" about his use of drugs? He spent millions denying the charges over several years, wrote a book denying it, went on Larry King Live recently denying it, and now he admits it and blames others also.

I think he probably has been forthcoming, there would be tremendous incentives for him to keep quiet…it is no different to Bill Clinton denying he ever had s*xual relations with that women for so long then came out and confessed…when the pressure became too much…egos in sport will deny deny deny until the very last minute….money money money…and a culture of drug taking and secrecy, plus money making for everyone involved…see how many drug cheats there would be if the tour de france went back to being amature with not a cent of money involved

Publicity?? It is hard to believe someone would step in front of this bus for publicity. We've all seen what Lance's spin machine did to Frankie and Lemond and any others that have tried to pull back the curtain on this issue. The whole sport of cycling is using PEDs, Lance included. Is it still cheating if virtually everyone does it? Lance believes he has too much at stake personally to come clean, and the whole sport believes Lance is their ticket to widespread acceptance. So the whole sport buries the problem.