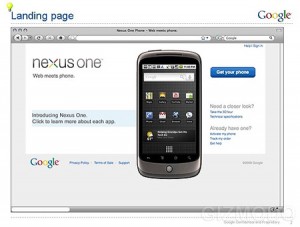 If you happened to have read the article on the Nexus One not being sold on the Google Phone website. Then you might be wondering why exactly did Google do it. During the Google I/O Mario Queiroz Vice President of Android Product Management gives an explanation in the video below & in the statement from the conference.

“The web store as a direct distribution model is really a very small part of the overall Android strategy. With the Nexus One we had the objective of bringing to market a very technologically sophisticated phone, which we did, which really set a new bar for quality. And I think you’ve seen a lot of the phones in the market today, that have come to market in the past few months, have been influcing, in many ways … by what the Nexus One was able to do.

“The web store was another element of the strategy. It was, in many ways, an experiment for us. … Android was in a very different place six months ago. … And today, we believe that the right thing to do from a distribution perspective is different from what it was a few months ago. And so we’ve chosen to double down on our partnerships … we’re focusing on building great technology — being an Internet software company — and working with our partners on distribution.”