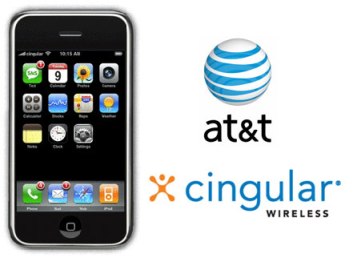 Earlier today I wrote about how AT&T has suddenly increased their ETF (Early Termination Fees) for existing customers. Let me correct myself quickly… AT&T didn’t just increase their ETF, they nearly doubled it.

Of course, the majority of the speculation here is that AT&T has dramatically increased their ETF because they are afraid of Verizon releasing the iPhone. Even more importantly is the fact that AT&T seems to know that no sooner will Verizon release an iPhone, then all of AT&T customers leave AT&T in mass.

iPhone Coming to other carriers

Not only is Verizon a threat to AT&T, but there is speculation that the iPhone will be coming to Sprint by the end of the summer!

Apple (Steve Jobs) have been hinting at the desire to expand the iPhone market. However, before the iPad was released, Apple extended their AT&T exclusivity clause in exchange for AT&T offering Apple iPad customers half price on iPad 3G data plans.

But the extension is only for 6  months, upon which Apple can start selling the iPhone on really any carrier is pleases.

I want to know what proof you have that AT&T extended their contract with Apple for at least six more months.

instead of giving you one link, how about I just give you the search results link and then you pick which article you want to read:
.

I see nothing concrete in those links on the first page!