iPhone 4G Release Date – Only 7 Days For The iPhone 4G? 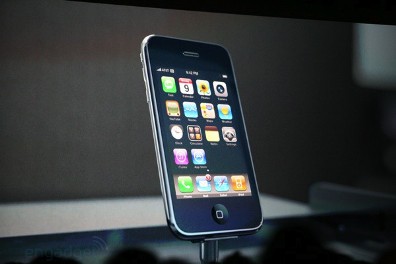 The term iPhone 4G has been a point of confusion for some people. When people here iPhone 4G, that term immediately makes them think that the iPhone is going to be pushing 4G mobile internet speed. But that’s not the case whatsoever.

The next generation iPhone – or the iPhone 4G is you want to call it that – is expected to be running on the same 3G network that the current iPhone 3G and iPhone 3GS is running on.

Do you think we’ll hear Steve Jobs announce the next generation iPhone – the iPhone 4G – at the WWDC2010 on June 7th?

And if Steve Jobs does announce the next generation iPhone, are you going to be standing in line waiting to get that iPhone 4G?

Only 7 days aways ladies and gentlemen!

It will NOT be called the iPhone 4G, especially since it will not be able to run on a 4G network unless it is announced for Sprint. Even then, they wouldn’t name it the 4G since one, only one of the four major carriers HAS 4G right now and two, people could confuse it with the Evo 4G.

Even then sprint blows ( I have been with sense 2007) i am extremely displeased with sprint and HTC (I have the droid hero). A perfect example is the 2.1 update for my phone keeps being pushed back and sprint is being a lil B**** and not doing anything about it. So in august i will get a iphone 4g or not.

It'll probably be called the iPhone 4G, because it is the 4th Generation…

The latest about the verizon iPhone is that, it could be released later on 2011, and in fact, a rumor that an "iPhone HD" version will be release this year.

Compiled updates about the Verizon iPhone


Acutally, Curtis Sprint dosen’t have 4G Wimax is not considered 4G yet.

Test and keep an iPhone 4G for free. Some participation required, simply visit and enter your name and email then follow the instructions to make the most of this unique opportunity!

That may be so, but Sprint’s ‘4G’ is as close as any carrier gets to true 4G currently.

Why would I wait in line? His phones never have the basics(ie camera flash) how long did it take for them to get MMS? Very sad, we have all been fooled and now its time to see what else is out there. I have been a proud owner of 3 iphones(every model). Now I am sure It has all been a waste of money and truly poor service on att. Why would I want to get another slow phone on a slow network for full price? At least verizon sprint and tmobile offer discounts to their phones. Buy an iphone and pay full price and still tired to a 2 year aggreement. How is that fair?

You are soooo disappointed that you got all three iphones! Stop Bitching and find something better, I don't believe you will.

You clearly have no idea what you are talking about

I won't be in the queue, I'm incredibly pleased with my 3Gs, however I'm sure I'll be asking for the new gen Iphone at contract renewal in 12 months!

RN just a thought. From what we’ve seen in the leaks, it appears that this iphone will have a flash, and two cameras, with higher megapixels. This full price you talk about, is not full price. the full price is around $700. a 2 year agreement gets you a MASSIVE discount. AT&T has muchhhh better customer service than verizon even if it does have sub-par coverage. What else is out there, are phones that do not compare to the amazingly touch sensitive iphone screen, most apps, best music player and internet phone out there. Have fun with an obsolete phone bud.

What are you talking about AT&T having better customer service than Verizon?!? Have you not read any reviews about how horrible their customer service is? That's the main difference that makes AT&T the 2nd best carrier behind Verizon! (I am an AT&T customer and my dad thought about switching us over to Verizon, so I decided to look into Verizon vs. AT&T, and, although I've never personally had a problem with AT&T, every review I came across rated thembehind Verizon because they have really bad customer service.)

What is everybody going to do with there old phones? I found a great website..

OMG i want one! so cool

If the 4g has genuinely fast mobile broadband and 2core processing, then all you need is more memory and you can lose the laptop…

… what next?
a simple collaboration with a sunglass maker, for a heads up display… and you've got a giant screen in your pocket too…
… wow, now I can write docs etc with ease too (we aready have little rubber roll-out keyboards)…
… when you realise that an iPad is just an iPhone with bigger screen, you can see where we're headed…

… it's the wave of the future baby!

It's called 4G because of it being the 4th Generation not 4G speed.

It is Going to be called the iphone hd

My guess is that once the iPhone hits Verizon – and more specifically, once
the iPhone / AT&T marriage is dissolved – the iPhone will open up to a lot
of carriers, including T-Mobile