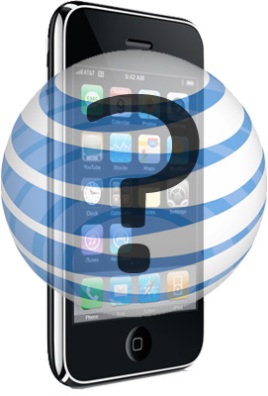 CNET put out an article today that announced new AT&T data pricing for iPhone and iPad users. As it is now, the unlimited data package from AT&T is $30 per month. This means unlimited data (browsing the web, email, Facebook, etc…) for only $30 per month – on both an iPad 3G and iPhone.

However, according to CNET, AT&T has released a new data pricing plan to help curb the cost of $30 per month. The different packages are quite lengthy, but for this article, I’m only interested in the $25 per month / 2GB of data pricing plan.

iPhone users will note that the $25 plan is $5 less than the current iPhone data plan. AT&T says 98 percent of its smartphone users–including iPhone users–use less than 2GB a month. For many iPhone users, saving $5 a month by not paying for data they don’t use is a good thing.

But nobody will be forced to switch. If people are happy with their current plan, they can keep it, which I expect many to do. In fact, AT&T says that people “are not required to switch to the new plans if they renew their contract or switch to another smartphone. However, if they switch to one of the new plans, they will not be able to go back to their old, unlimited plan.”

I was intrigued by this offer so I went ahead and called AT&T to talk about this new data pricing.

I was told outright by the person on the phone, and then again by an AT&T supervisor, that the new data pricing is only applicable to new iPhone and iPad customers.

So I was confused then by the CNET article because it made it sound as if existing iPhone and iPad users had the option to switch to a 2GB data plan for only $25 per month.

As it stands now, from what AT&T has told me, this new data pricing plan is only applicable to new iPhone and iPad customers.

Does anyone else know something different?