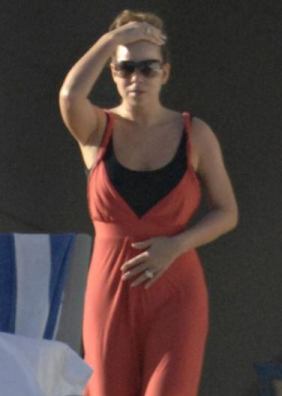 Mariah Carey has recently turned down a leading role in Tyler Perry produced show. This move by Mariah Carey sparked the rumor that the 40 year pop diva star may in fact be pregnant.

According to a popular online celebrity news site RadarOnline.com, a source close to Mariah and husband Nick Cannon told RadarOnline.com the couple — who renewed their vows to celebrate their second anniversary in May — are expecting their first child.

As it goes with celebrity baby gossip, the rumors that hit the web about someone being pregnant typically derive from a somewhat reputable source, believe it or not.

So odds oft his being true are pretty good – considering…

If Mariah Carey is pregnant, then it will make perfect sense that she has decided not to pursue her role in Tyler Perry’s upcoming shows, and instead pursue the role of a new mother at the age of 40!