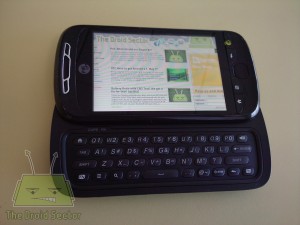 T-Mobile’s MyTouch 3G Slide is available today the cell providers first Android 2.1 handset. The MyTouch 3G Slide will have a 3.4-inch touch screen, a 4 row QWERTY keyboard, and a 5.0 megapixel camera. The handset will feature the HTC Sense Espresso user interface. And will also have a couple of new features the “Faves Gallery” & a Genius Button. The Faves Gallery, which is a one-touch application, that allows you to communicate with up to 20 of your contacts by email, text, IM & calling. The “Genius Button” allows the user to you voice commands to control the phone. The Mytouch 3G Slide is $179.99 with a two-year contract & after a $50.00 dollar mail-in-rebate. Below is a video review of the handsets from WireFly. For more information on the Mytouch 3G Slide go to T-Mobile’s Mytouch 3G Slide website.