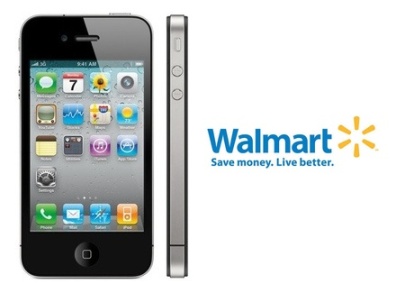 As an update to my previous iPhone 4 article, I wanted to share some additional information that I just read about. According to CNET, and some comments posted on my previous article, the iPhone 4 is scheduled to be sold at Wal Mart.

Wal Mart to sell the iPhone 4

Wal Mart has also made Apple / iPhone news recently since they announced that the iPhone 3GS will be available for only $97 in all Wal Mart stores in the United States.

Wal Mart is not schedule to be a part of the pre ordering of the iPhone 4 that is set to occur on Tuesday, June 15th.

And of course, since Best Buy and Radio Shack are taking pre orders on the iPhone 4, they will be set to sell the iPhone 4 as well.