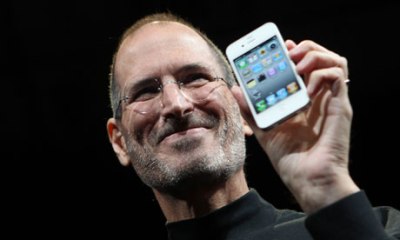 News about AT&T being sold out of the iPhone 4 pre order inventory is starting to spread like wild fire across the web. For those of you who fought through the chaos of getting to pre order your iPhone 4 today, then you are one of the few and proud. Even if you were one of those that got to pre order your iPhone 4, you still probably were faced with massive amounts of problems. AT&T’s website wasn’t able to keep up with traffic demand and crashed several times. The call centers were completely overrun by call ins, and the datacenters simply were not able to keep up with the demand. It has even been said that AT&T got to a point today where they were taking orders and credit card numbers with pen and paper. Others were reporting that at times, when they logged into their accounts at AT&T they were actually looking at other AT&T customer’s data. AT&T is now being called the BP of phone carriers for the disastrous handling of the iPhone 4 pre order operation today. Finally, customers are not only upset at the fact that AT&T sold out of the iPhone 4, but there is now speculation that Apple intentionally allocated demand for today to allow AT&T to sell out of the iPhone 4. By selling out of the iPhone 4, then more demand will actually be generated world wide and in turn, more sales will be generated, more profits, etc… for Apple.

3 replies on “iPhone 4 Sold Out Deliberately? AT&T iPhone 4 The BP Of Phone Carriers”

well i don't blam them its a money game and were all the pawns. nintendo did it with the wii and now apple is doing it to. hell i would do it if i owned the company.