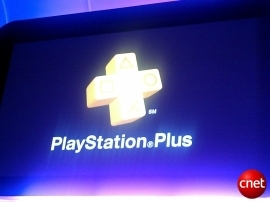 The highly anticipated Playstation Plus has arrived allowing PS3 users to subscribe to the premium Sony service. Along with the Playstation Plus announcement comes the new game for Playstation Plus called Twisted Metal. From the MTV Multiplayer Blog, “David Jaffe can be a tease from time to time on his blog, but when hinted about a new Twisted Metal game many months ago, he wasn’t just blowing smoke. A real-life truck full of psychotic clown accompanied him during a presentation today that featured an official unveiling of “Twisted Metal” for the PlayStation 3. “Hey everybody, I’m David Jaffe and this is Scott Campbell and we’re the co-founders of Eat Sleep Play, and we’re really excited to show you guys the next edition of the Twisted Metal franchise,” Jaffe announced on stage during Sony’s big E3 event today. “Now Twisted Metal is the longest running series in PlayStation history.” The game will arrive in 2011, and Jaffe came prepared with an extended multiplayer demo to show off. =”Today, we’re excited to announce that the Twisted Metal legacy will continue, coming exclusively to PlayStation 3, 2011,” he revealed. “Our new game, ‘Twisted Metal,’ is being created by the same team members who gave birth to the dark humor and fast-action gameplay of the classic Twisted Metal series.”