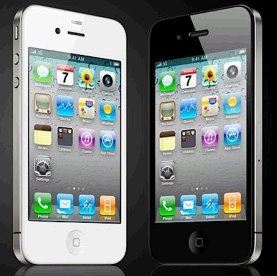 Apparently there was one place in the United States where you could in fact pre order a white iPhone 4 since Tuesday, and that place was Best Buy. Reports have been streaming in from people who visited a Best Buy, walked up and simply pre ordered their very own white iPhone 4 pre order. However, this is something of an anomaly because at websites such as AT&T and Apple’s own online store, the white iPhone 4 has simply not been available.

One commenter shared this story about his experience with Best Buy and his white iPhone 4:

One commenter said: “well i went to best buy on the 15 out of couriosity . and asked they told me that they were gonna have the white iphone so i preorded mine. later that day my cousin went and preordered his(like 2 hours ago) n preordered his. come to find out they called him today and told himthey were sold out of white iphones. i havent got a call yet so hopefully i will be gettin mines next week”

Another commenter said: “I had ordered white iphone 4 at best buy. Today best buy called and asked me to switch to black because white won’t come until mid august.”

I think the evidence is pretty conclusive – Best Buy was more than likely pre ordering white iPhones and they weren’t suppose to be.

I’m also willing to bet my new iPhone 4 that someone at Best Buy has been fired for this misleading, and very confusing mistake on their part.

i would bet a dollar nothing could make me bet my new iphone4 "when i get it" but dang thats crazy news!!

There will be a iPhone 4, check this out, the UK network orange just release there prices and check out what it says at the top, release dat 24th June, yep we know that, but then check the tables below where it separates the prices…… I quote "32gb iPhone 4 BLACK or WHITE" there we have it, all but confirmed on the site, check it out if you don't believe me.

I doubt anyone got fired considering the fact that the white iphone would not be available for pre-order and/or at launch came to a surprise to everyone.

a good friend of mine works at my local best buy. when i preordered mine he asked white or black. i told him he shouldnt be tellin people that. no one in that store had any idea or indication not to preorder white.