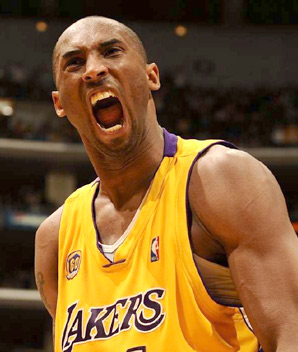 I believe that Kobe Bryant deserves the MVP not only for his amazing scoring capabilities and his defense, but also for his smart play on the court. Kobe Bryant knew that he was having a terrible night shooting the ball – he just couldn’t get the ball to go through the hoop. So in the 4th quarter, it started to appear as if he realized the bad shooting night he was having, started drawing the double teams on purpose, just to feed the ball off the his team mates to score.

This is just another example of why Kobe Bryant not only deserves the Finals MVP, but also why Kobe is, without question, the greatest basketball player in the world right now!

Kobe Bryant has now cemented his status as the greatest Laker of all time!! Now he can look forward to a three-peat next year and finally catch up to MJ!!!