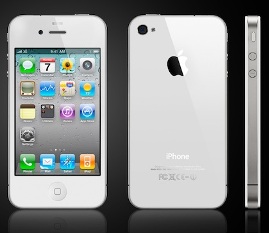 So much buzz, so much controversy, and so many millions of people are both online and off talking about the new iPhone 4. And that was before the iPhone 4 even opened up for pre orders last week.

Within a day of the iPhone 4 being release by Apple and AT&T for pre orders, the new iPhone 4 was sold out – unavailable for anyone else to get their hands on it, at least during the pre order phase that is.

And then there’s the white iPhone 4.

The white iPhone 4 wasn’t even made available from the get go to pre order, and that had a lot of people upset, caught off guard, and otherwise ranting and raving while sharing their very candid opinions about the absence of the white iPhone 4.

I’m going to propose, however, that Apple has purposely created an environment of “shortage” and “sold out” iPhone 4’s.

So many people are down right mad about the fact that their is no white iPhone 4 available for pre order, and there won’t be one until late in the summer of 2010.

And not to mention how angry people are over the fact that even the black iPhone 4’s sold out within a day.

But all of this “anger” from consumers creates a buzz – it gets a lot of people talking about the new iPhone 4, both white and black.

And this buzz, conversation, and passion combines to generate more interest, more coverage from media and bloggers, and more of a psychological demand for the new iPhone 4. After all, controversy creates attention, and attention increases sales.

New updates after the revelation of Steve Jobs appear that it would still have a longer delay than what we expected. Latest iPhone 4 White Updates

This has been way predicted even before the press con of Apple last week.

Your best bet? If the launch will be as late as 2011, Reports will flow that 'White iPhone 4, don't have the antenna gate is

This has been way predicted even before the press con of Apple last week.

Your best bet? If the launch will be as late as 2011, Reports will flow that 'White iPhone 4, don't have the antenna gate is