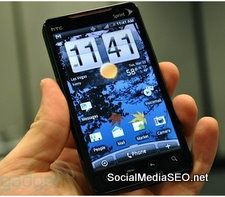 HTC EVO Update – Is The HTC EVO 4G The Future?

But wait a minute – 4G isn’t even implemented on a large scale yet. In fact, when you purchase the HTC EVO 4G, you have to pay for 4G coverage even though, statistically speaking, most HTC EVO users won’t even have access to 4G coverage.

So what exactly is Sprint, in collaboration with HTC, attempting to achieve by releasing the HTC EVO 4G?

And not only does the HTC EVO 4G have capabilities to deliver 4G speed throughout the US, the new device has literally been plaguing users with problems since day 1. Massive updates have been released to keep up with the problems, and users discontent has been expressed extensively online.

So what are we suppose to think then about the HTC EVO 4G?

Is this a revolutionary phone, or mobile device, that is attempting to redefine the mobile and data phone market?

I’m of the opening that Sprint is trying to simply establish themselves as the leader and innovator in what is becoming a highly competitive market place.