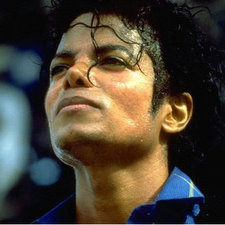 Tomorrow (Friday, June 26th 2010) will mark the first anniversary of Michael Jackson’s death. The death that literally shook the world, brought entire generations to shock and tears, and still grieving and mourning is felt throughout the world – Michael Jackson died one year ago tomorrow.

As tomorrow approaches, there are already plans in place for security measures at the Jackson family home in Encino, California.  Fans who plan on visiting Michael Jackson’s tomb at Glendale’s Forest Lawn Memorial-Park will have limited access and face strict rules while on the property.

The world will remember tomorrow, and surely the news talk shows will be dominated with the subject of Michael Jackson.

What’s hard to believe however is that it’s already been 1 year since the pop music sensation died.

The music and legend of Michael Jackson will certainly continue to live on throughout all generations – much like Elvis has done since he died in the 70’s.

Michael Jackon’s music has been selling at record pace since he died one year ago, as everyone is wanting to simply listen, remember, and yes, even shed a tear as they remember the life and legend of Michael Jackson.