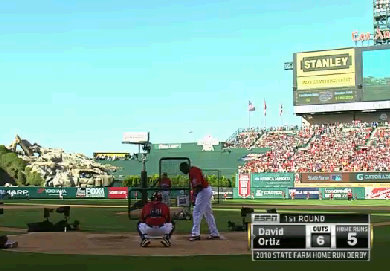 The 2010 Home Run Derby takes place tonight and ESPN is making it possible for you to watch it live online.

The majority of the 2010 FIFA World Cup was broadcast live online via ESPN3, to include the World Cup final.

There are three rounds. In each one, batters get 10 “outs” to hit as many homers as they can. An “out” is any swing that doesn’t produce a home run.