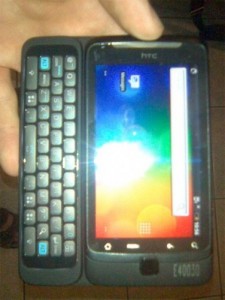 Well for those T-Mobile subscribers that are still holding on to their T-Mobile G1’s, in hopes for a good Android handset to replace it may not have to wait much longer.

According to LightReading.com T-Mobile USA is planning on releasing a high-end handset in September.  The handset will be manufactured by HTC and will be able to run on T-Mobile HPSA + network.  Which mean the handset could reach download speeds of up to21 Mbps.  According to a leaked road map some websites are saying that it could be called the HTC Vanguard. A lot of sites have been saying that the picture above could be the handset.