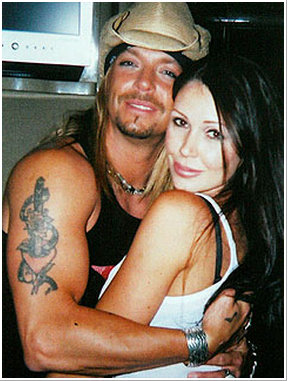 However, that all got cleared up today when Bret Michaels appeared on CBS’s Early Show and answered the question directly about these rumors. This was his response:

“No. We are not engaged yet, We’re a work in progress.”

So that leaves the question out there about the ring that is on Kristi Lynn Gibson’s hand?

And to that Bret Michaels replied,

“a promise ring … a friendship ring, with benefits. That’s what we call it.”