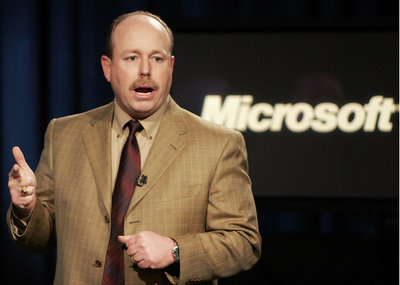 As if Microsoft has any room to be talking right… Today, apparently a Microsoft executive took a cheap shot at Apple, specifically the Apple iPhone 4 troubles, by comparing the iPhone 4 to Microsoft’s Window Vista OS.

“It looks like the iPhone 4 might be their Vista, and I’m okay with that…  One of the things I want to make sure you know today is that you’re going to be able to use a Windows Phone 7 and not have to worry about how you’re holding it to make a phone call.”

The Apple iPhone 4 issue is something that world has been buzzing about literally since day 1 when the antenna issues were discovered by users. Apple has not yet made any public statements about the iPhone 4 troubles, and has actually started deleting comments from Apple forums where people are discussing Apple’s problems.