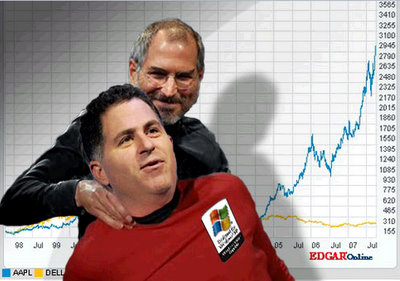 As much as I love to talk about the Android powered phones, and all the fascinating ways that Android 2.1, and soon to be Android 2.2, are being implemented, there is absolutely no debate over which mobile device is dominating the market.

The Apple iPhone is absolutely killing all other competitors from a profit and revenue standpoint.

The chart below from BusinessInsider.com shows how Apple’s iPhone is dominating the market place in regards to profits and revenues. Since the first generation iPhone launched on June 29th, 2007, all of the other mobile phone and data handset revenues have been in a decline – that is, until around 2009 when Google Android stepped onto the scene.

Here’s the iPhone revenue chart since 2007: 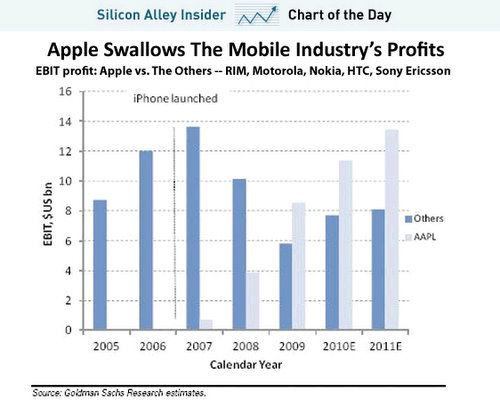