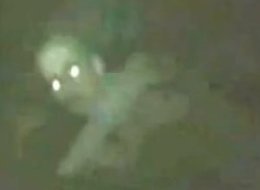 I think the last time the infamous Chupacabras were in the news was when sightings were reported in Texas in 2008. However, once again in Northern Texas, the legend of the Chupacabras has found it’s way back to the front page.

In Northern Texas, two strange animals were killed and reported to the local animal control office. Animal Control Officer Frank Hackett has described the animals involved as follows: “All I know is, it wasn’t normal. It was ugly, real ugly. I’m not going to tell no lie on that one,” according to HuffPost.

The Chupacabras – translated as “goat suckers” – are creatures that are a mix between a dog and wolf who kill livestock and literally shred their victims to pieces.

Here are some Chupacabras pictures and videos: