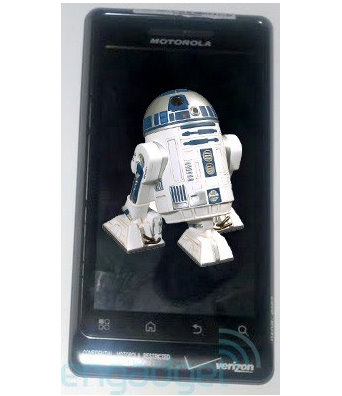 Motorola Droid 2 release date could be as early as August 12th, according to Engadget. Previous knowledge of a Droid 2 launch had the device launching from Verizon the 23rd of August, however Engadget is claiming some credible inside information for the August 12th date.

The cool thing about the rumored August 12th Droid 2 is that it will be a Motorola Droid 2 Star Wars Edition with a white R2-D2 on the back.

This is taking the Droid phone back to its roots in the Star Wars, and in fact Motorola actually had to license the name from Lucas Films.

Here’s a run down of the specs on the Droid 2 coming to Verizon: