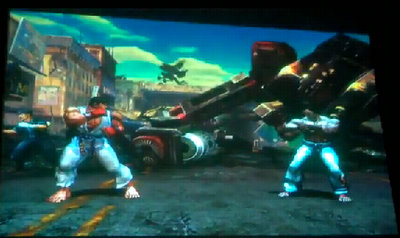 If you’re a gamer, then you better hold onto your console because this is about to get ridiculous with the video below.

Street Fighter X Tekken will be available for both the PlayStation 3 and Xbox 360 platforms. This new game is a 2D title that will pit Ryu, Chun Li and others against Kazyua Mishima, Nina Williams and other fighters from the King of Iron Fist Tournament.

So if you’re as excited as the people at Comic Con were to see Street Fighter X Tekken revealed, then I know you’ll be anxious to hear about a release date. Unfortunately, no release date have been given at this time.