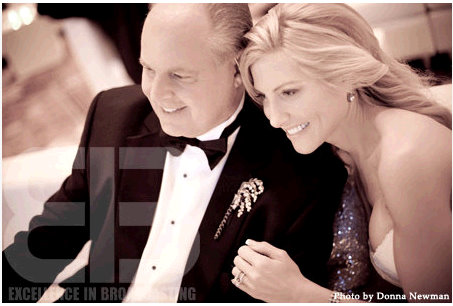 Rush Limbaugh posted his wedding photos to his Facebook page on Wednesday setting off a flurry of comments and criticisms.

A lot of the comments on Rush’s wedding photos were “congratulatory” but some were highly critical.

The criticism is primarily due to Elton John performing at his wedding. Since Elton John is a supporter of same sex marriages, people are starting to question Rush’s private life compared to his radio show host personality which is obviously very conservative.

You can view the wedding photos that Rush Limbaugh posted to his Facebook page here.