Tennessee Titan’s running back LeGarrette Blount punched defensive end Eric Bakhtiari right in the head after some pushing took place at the end of an aggressive Titan’s practice last night.

Blount was making an aggressive run to the end zone when, for a second time during practice, his helmet got ripped off his head. 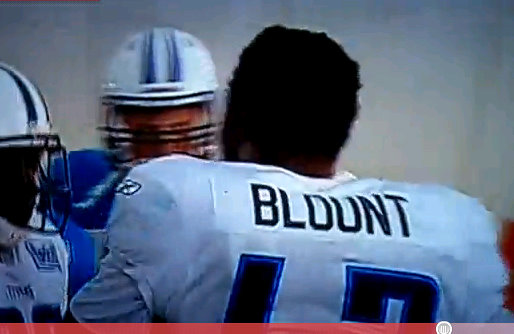 As Blount was walking back, he bumped into Titan’s defensive end Eric Bakhtiari, pushed Bakhtiari who then pushed Blount back, and then Blount popped him right in the facemask.

Is this a cheap shot, and something that deserves some recourse from the NFL?

Not according to Tennessee Titans’ head coach Jeff Fischer.

Here’s what Fischer had to say when asked about the incident:

“Is that the first punch you’ve seen in camp this year? No. I’m not disappointed whatsoever.”