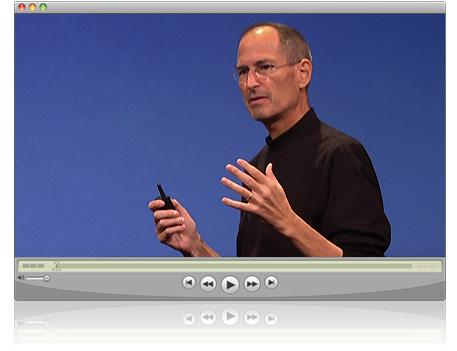 Apple is hosting another one of their exciting conferences today where they will make major announcements about current and future product developments. Apple has decided to live stream the conference today, which is cool thing. But the live stream will only be available to compatible iOS devices and Macs running 10.4 Snow Leapard. The live event will kick off at 10:00 a.m. PDT today. And for those of you with a PC, I’m sure you’ll be able to find some hacked up version of the live stream somewhere on the web.

Apple® will broadcast its October 20 event online using Apple’s industry-leading HTTP Live Streaming, which is based on open standards. Viewing requires either a Mac® running Safari® on Mac OS® X version 10.6 Snow Leopard®, an iPhone® or iPod touch® running iOS 3.0 or higher, or an iPad™. The live broadcast will begin at 10:00 a.m. PDT on October 20, 2010 at www.apple.com/uk.

This broadcast is the property of Apple and is protected by US copyright law and international treaties. Any reproduction or distribution is strictly prohibited without prior written approval from Apple. Please contact Apple Public Relations with any questions.

Apple designs Macs, the best personal computers in the world, along with OS X, iLife, iWork, and professional software. Apple leads the digital music revolution with its iPods and iTunes online store. Apple is reinventing the mobile phone with its revolutionary iPhone and App Store, and has recently introduced its magical iPad which is defining the future of mobile media and computing devices.