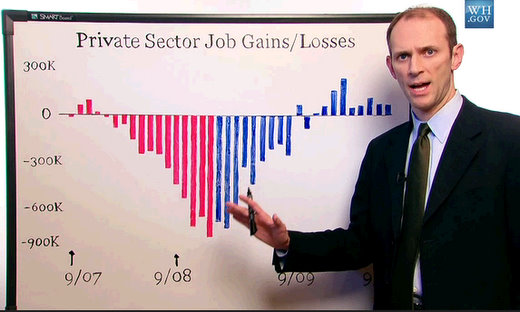 Mr. Goolsbee, who is the young CEA to President Obama and occasional stand up comedian, makes his pitch as to why the Bush tax are bad for the economy, and bad for the American people.

The two videos are simple – you have Mr. Goolsbee with a marker and white dry erase board explaining perhaps one of the biggest issues around current economic policy – the expiration of the Bush tax cuts which are scheduled to expire at the end of this year.