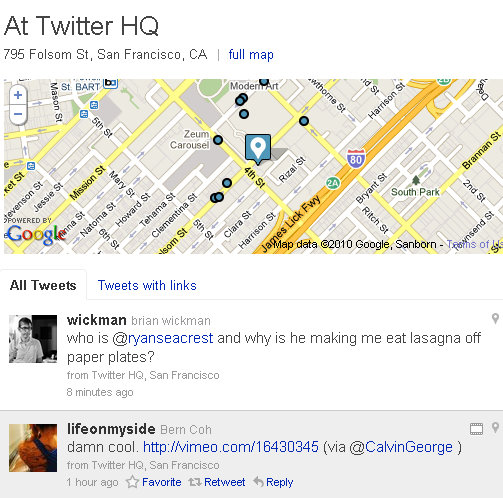 It just keeps getting better for the local business scene regarding social media marketing. First you had Google Places, a platform upon which local businesses could leverage Google search via desktops and mobile phones to get top rankings in search results. Then you got Facebook Places and Facebook Deals, both of which allow local businesses to leverage their Facebook Fan Page to get attention from mobile customers. And now we complete the circle with the rumors of Twitter Places. This feature is reportedly still in early stage testing, and the only business so far that has been “claimed” is Twitter HQ.