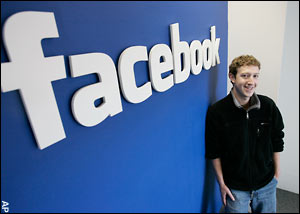 I asked a question yesterday via Facebook about what price tag would Mark Zuckerberg, Facebook’s co-founder and CEO, be willing to sell Facebook.

Some people responded with $4 billion, others though maybe $50 billion, and one person even thought a couple of bucks would do it.

One response that really caught my attention was from Matt that read:

Considering Forbes magazine has stated his net worth is at 6.2 Billion, more than Steve Jobs, and that Facebook is becoming such an integral part of mainstream cultural every where I would say that the price of Facebook is on the same level as Da Vinci’s Mona Lisa….priceless. I don’t think he would or will ever sell Facebook (I wouldn’t)

Is is possible that Facebook has elevated to a level that it is now priceless?  Like a priceless piece of art or artifact?

What do you think about this?