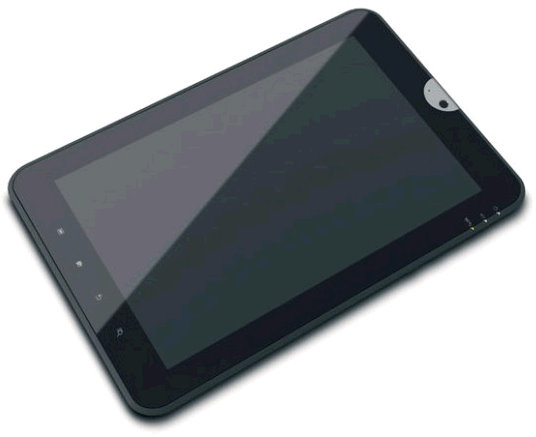 Toshiba is expected to announce a new 10.1 inch Android tablet before, or during, CES which launches on Thursday.

This seems to have everything that the iPad doesn’t, at first glance anyway.

And the timing  perfect, from a marketing perspective anyway. A lot of buzz has been building around a Motorola Android tablet called the “Motorola Xoom”.

Toshiba is expected to announce a new 10.1 inch Android tablet that has an impressive list specs. The announcement is expected to occur before, or during, CES which kicks off on Thursday.

Here’s some of those impressive specs that beat the iPad across the board:

What do you think? Is this Android tablet by Toshiba worthy of standing next to the iPad?

The Toshiba tablet has yet to be named… will keep you posted throughout the day today.