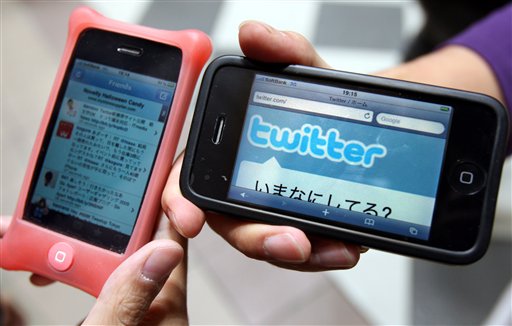 Twitter use via mobile phones has increased dramatically during the second half of 2010, according to numbers released by Twitter CEO Dick Costolo.

The number of Twitter users sending updates via smartphones exploded during 2010, especially during the last half of the year.

According to Twitter CEO Dick Costolo, “40 percent of all tweets were sent from mobiles, rather than laptop or desktop computers.”

But at the end of 2009, the percentage of tweets from mobile phones stood at only 25 percent.

A lot of the growth for mobile Twitter users has come through the introduction of new Twitter apps for the iPhone, Blackberry, and Android smartphones.

There are currently estimated to be 61.5 million smartphone users in the United States.