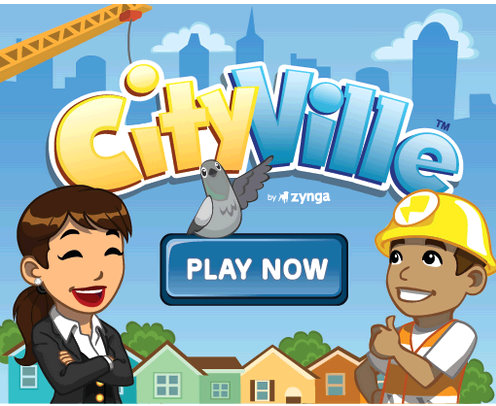 ﻿﻿I don’t want to be presumptuous here, but let me ask… has everyone heard of Cityville on Facebook?

Well Cityville is a lot like Farmville in that you build, nurish, and grow a city ultimately to become mayor and eventually to grow a large, thriving metropolis.

Much like in Farmville where your goal is to grow a large, thriving garden.

Something interesting about Cityville

Did you get that?

How did they accomplish something so magnificent?

This answer is simple, but the implementation… not so much – Facebook sharing!

Without making this a long, complicated blog post about how to use Facebook for your business, I want to make this a short and sweet kind of message.

The success of using Facebook for marketing and exposure is all about giving people something worthy of sharing on Facebook.

If you have to keep asking, or begging, people to share something, then your strategy might need some adusting.

Check out the “GRS” system of viral growth & exposure on Facebook.

Kevin Rose did a great write up about the growth of Cityville where he discussed the “GRS” method.

The first step is to present the user with a specific goal – i.e. in Cityville, the goal is to build a house, build a neighboring house, or open a small business.

The next to getting people to share your content on Facebook is to present the user with a reward for completing the goal. In Cityville this takes the form of earning something like a new level achievement, more coins to buy stuff with, etc…

Here’s the kicker… and here’s the reason why Cityville went from 0 t0 90 million users in 30 days.

The next step is to offer people a way to share their achievement IMMEDIATELY with their friends on Facebook.

This is the backbone to the growth of Cityville, and it needs to be the backbone of your growth on Facebook as well.

This is also something that I’m still chewing on with my business and asking the question – how can implement the GRS system of growth & marketing on Facebook?

Here are a few ideas I have currently, and then maybe you can add your own in the comments:

This is challenging, I know, because it’s not easy implementing something into a blog or a webpage that meets the criteria of Goal > Reward > Share.

Help me out with some of your ideas on how this can be done: