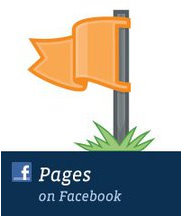 On February 10th, Facebook announced a new upgrade to Facebook Fan Pages that included among other things, the deprecation of FBML apps for pages.

In that announcement, Facebook spelled out the timeline for closing the door on the FBML apps and stated on March 11th, 2011, you’ll no longer be able to create new FBML apps for your Facebook pages.

This is what Facebook had to say in regards to the FBML apps:

On March 11, 2011, you will no longer be able to create new FBML apps and Pages will no longer be able to add the Static FBML app. While all existing apps on Pages using FBML or the Static FBML appwill continue to work, we strongly recommend that these apps transition to iframes as soon as possible. Lastly, we want to be clear that our deprecation of FBML does not impact XFBML, such as the tags that support social plugins.

So even though tomorrow, you’ll no longer be able to create new FBML apps, your existing FBML apps are not in jeopardy of shutting down. As Facebook stated, Pages using FBML or the Static FBML app will continue to work.

Also via Facebook’s official Twitter profile today, Facebook let the world know that the new Facebook Fan Page upgrades are starting to roll out, and that over the next several weeks, all pages will be upgraded to the new platform.

I wrote an article highlighting what I see as the 5 best features of the Facebook Fan Page upgrade.

To get a preview of your Facebook Fan Page in the upgraded state, visit here > facebook.com/pages/status.