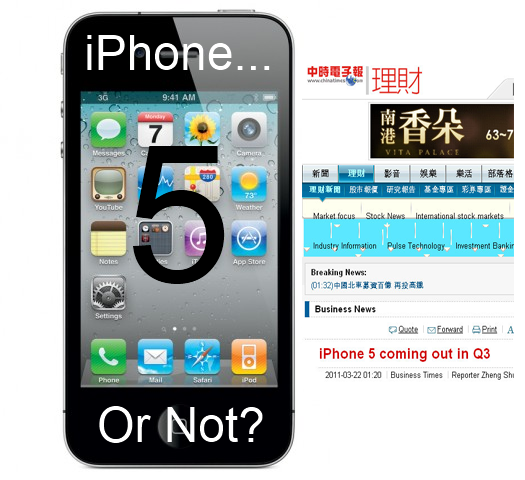 According to a China Times (read it via Google Translate), Apple is has moved the iPhone 5 into what’s called a “trial production stage.”  Not sure exactly what that means, but it sounds like Apple is ready to start putting it in the hands of users to see how it runs.  Let’s just hope this time it’s not left at a bar somewhere.  According to the China Times article, Apple will be launching the iPhone 5 in the third quarter of 2011, and the device will have a metal chassis for improved antenna design.