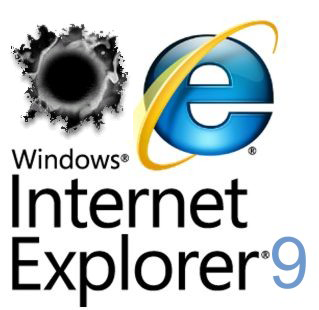 I’m so perplexed right now that my head is spinning!

Microsoft released the latest version of Internet Explorer – IE9 – but there are so many stipulations, and so much drama, associated with it that I’m baffled… quite frankly, baffled.

Internet Explorer 9 will not work on Windows XP machines.

Doesn’t Microsoft know that nearly 40% of all PC’s are still running XP?

Doesn’t Microsoft know that Firefox 4 has been burying it in download numbers during the first 24 hours of release.

Doesn’t Microsoft realize that both Google Chrome and Firefox are compatible on Windows XP and above?

Doesn’t Microsoft know that both Google Chrome and Firefox are also available on Macs?

Again, I just don’t get it…

What’s the strategy with releasing a web browser that is only compatible on Windows Vista and 7 machines, and neglecting nearly half of the PC market?

The level and proportionate explosion of “FAIL” at Microsoft is unprecedented and someone – perhaps the shareholders – should fire all existing officers at the company for letting this madness continue.

There are a few reasons why Microsoft has not made IE9 compatible with Windows XP:
1. They are going to stop support to that operating system (makes sense because it is over 5 years old)

2. Apple to hardware is like Microsoft to software. They want to make the software (that everyone knows and uses) only work on the newer systems so us as consumers buy their new products to support it. This increases their bottom line overall.

3. There are so many security holes in windows XP, I suspect IE9 would not be able to boast it’s features without creating another service pack for XP first.

Microsoft is simply acting in their best interests as a company and it will be a positive decision for them.

Hi Kevin – that sounds like a fair argument so long as Microsoft is using
IE9 as a loss leader while trying to sell me Windows 7 computers.

But from the angle of trying to compete in the browser wars, this just
doesn’t make any sense to me. Both Chrome and Firefox work on all versions
of Windows, Macs, and Linux.

Microsoft’s focus is not to have the worlds best web browser…their focus is not to have the worlds best operating system. They are focused on giving consumers a new product that other companies use as a base system. Many programs and features do not even work on a Mac or on other web browsers. They are introducing IE9 as the next gen of Microsoft web browsing, not for the laggards with XP. Look at their success with office 2007 and 2010; their top sellers. It is also not backwards compatible for office 2004. Same thing