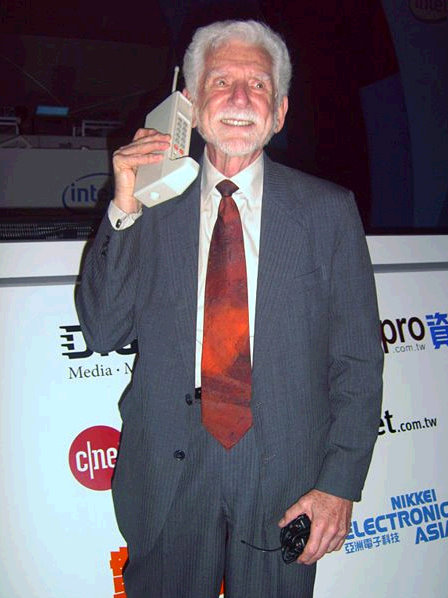 Here’s a birthday that I didn’t see on my Facebook wall.  The mobile phone turns 38 years today.  That’s right, the first publicly made mobile phone call happened in New York City on April 3rd, 1973 by a gentleman named Martin Cooper. As reported, he was walking down the street in New York and people were literally stunned in their tracks at what they were seeing.

Martin Cooper worked for Motorola at the time, and according to Mr. Cooper,

People want to talk to other people — not a house, or an office, or a car. Given a choice, people will demand the freedom to communicate wherever they are, unfettered by the infamous copper wire.

Today, Martin Cooper is 82 years old and still working in the field of technology.